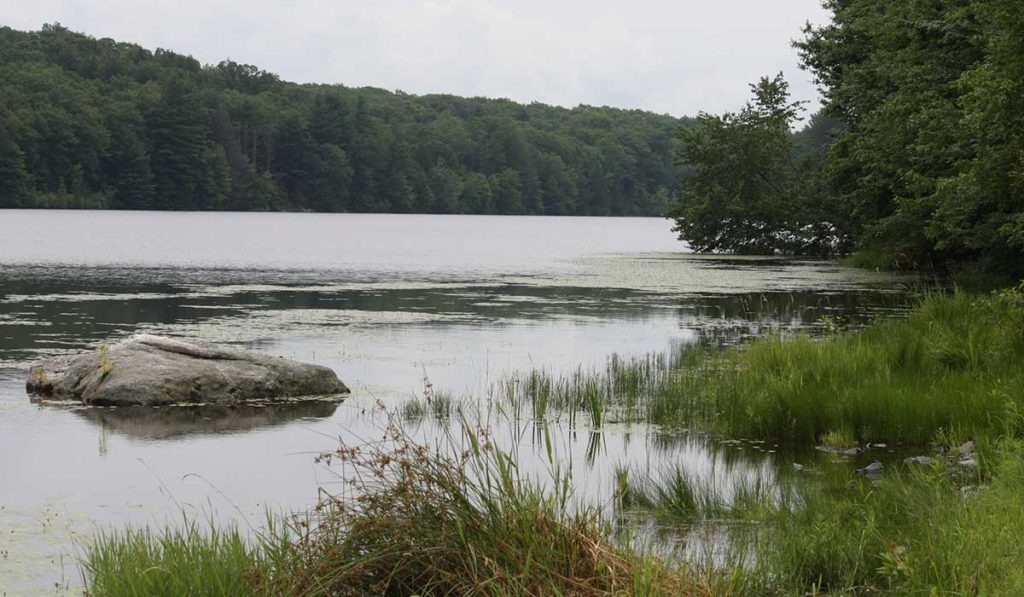 Hydrilla (Hydrilla verticillata) is among the most troublesome invasive aquatic plants in many southern states and is becoming more common in states farther north. Recent discovery of the plant in New York’s Croton River has sparked concern for severe degradation of northeastern rivers. Hydrilla crowds out native vegetation, harms fisheries, limits recreation, impedes navigation and reduces property values. Following reports of hydrilla occurring in the southern portion of the Connecticut River, a task force led by the Connecticut Agricultural Experiment Station Invasive Aquatic Plant Program (CAES IAPP) was formed. Working in conjunction with the Northeast Aquatic Nuisance Species Panel and over 30 experts, the task force performed a preliminary survey from central Vermont/New Hampshire to southern Connecticut. No hydrilla was found in New Hampshire/ Vermont with the northernmost sightings in southern Massachusetts. From the Connecticut border south, hydrilla became common. Portions of the river and its coves downstream from Hartford were alarmingly choked with the weed. The densest beds occurred on shallow shoals and in protected coves. In some coves, hydrilla spread over the surface making access by boat impossible. Finding such dense stands in a northern state is alarming. CAES IAPP has found small populations in several lakes, but these do not compare to the extensive areas in the Connecticut River. Furthermore, the Connecticut River hydrilla is far more robust than that seen elsewhere. This could be a result of river flow, nutrients or genetics. Recent genetic testing found the CT River hydrilla does not match any strain found in North America. Instead, it more closely matches strains in eastern Asia. In addition to damage to the CT River and its tributaries, the spread of the hydrilla to other waterbodies by fragments on boat trailers or waterfowl is a grave concern. Coventry Lake is currently budgeting over $100,000 annually to manage its hydrilla infestation. A comprehensive survey of the Connecticut section of the river using established CAES IAPP protocols is needed to document the extent of the infestation. This will provide the basis for an assessment of management options, educational outreach and future tracking.

CAES IAPP will determine the boundaries of hydrilla and other invasive aquatic plants, such as Eurasian watermilfoil and water chestnut, in the Connecticut River from the Massachusetts border south (212 km/132 miles of shoreline).  CAES IAPP will prepare a report that will include aquatic plant survey maps, data, and a detailed description of protocols. Invasive plant areas and mean patch size will be quantified. Invasive aquatic plant management options will be included. A draft report will be provided to the ERT by March 1, 2019. CAES IAPP will address stakeholder comments and provide a final report within 30 days. Subsequently, all information acquired as part of this study, including the contents of the final report, will be publicly available on the CAES IAPP website.

CT ERT is working with CAES IAPP, RiverCOG, The Gateway Commission, Eightmile River Wild & Scenic Watershed to fund and coordinate an invasive aquatic plant survey of the CT River. We are seeking out other potential partners to help fund the survey north of Haddam, CT up to the CT border. Please contact Jeanne Davies at jdavies@ctrcd.org or Margot Burns at MBurns@rivercog.org if you'd like to help.

CT ERT and partners hosted a four-part webinar series in June 2020 to discuss the growing concern of aquatic invasives in the Connecticut River. Topics included environmental and economic impacts, funding resources, community support, management of invasives, as well as a special presentation from Connecticut Agricultural Experiment Station (CAES) emphasizing a 2019 study's findings and recommended next steps. 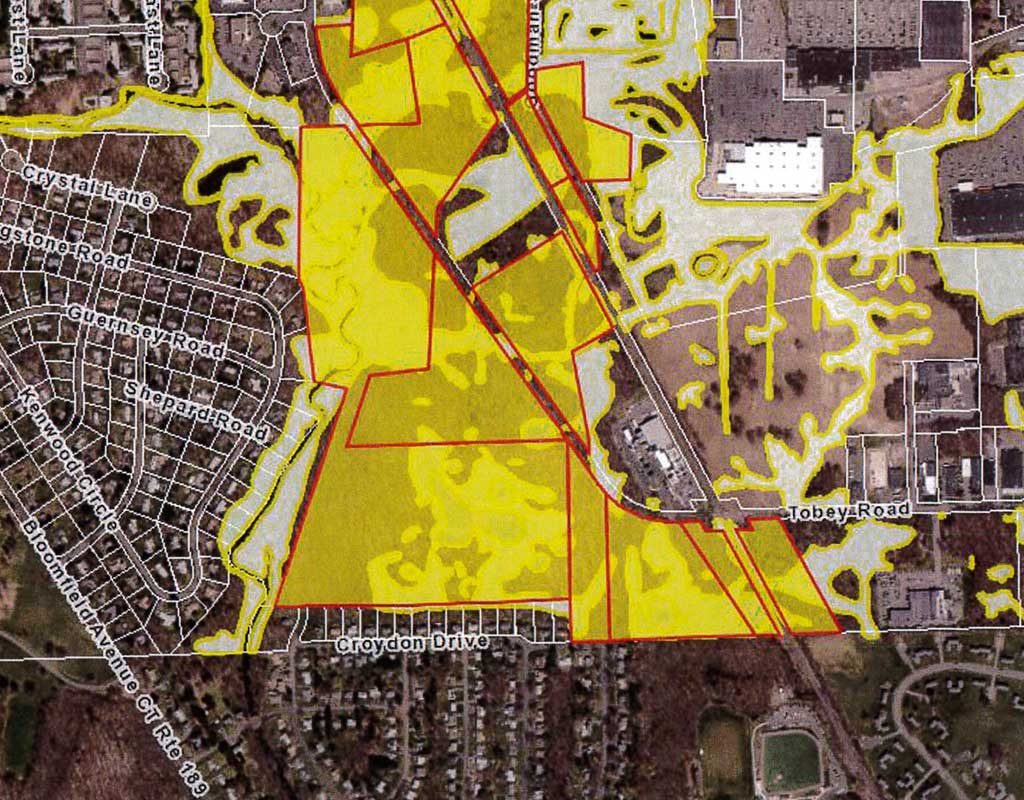 The CT ERT program is conducting a site visit for an upcoming ERT review in Bloomfield on the University of Hartford’s property north of their campus. The property is 138 acres with large areas of wetlands as well as FEMA regulated flood zones. A large tract of the land was previously zoned Planned Luxury Residential (PLR), but never developed.

The University has no specific plan for the property, and will benefit from this ERT process, which will help shape the discussion on what the best use of the property. The University of Hartford’s Campus Facilities Master Plan, published in Feb. 2000, reports that the University and the town of Bloomfield are working together to identify and develop a mutually beneficial land use for the property. The initial thinking for the approximately 140-acre site of developable land includes shared town-gown passive or active recreational and athletic facilities fields.

The Town of Bloomfield is particularly interested in establishing a connection to the University’s campus from the East Coast Greenway and in determining any economic development potential for the lands that front Cottage Grove Road and Tobey Road.

The University of Hartford land in Bloomfield spans 138 acres.